Bill was doing field work this spring by the water and heard a rustling in the brush.  A little skunk passed him and went into the underbrush.  A few minutes later he came out of the underbrush and Bill started taking pictures.  The skunk is only a few feet away. 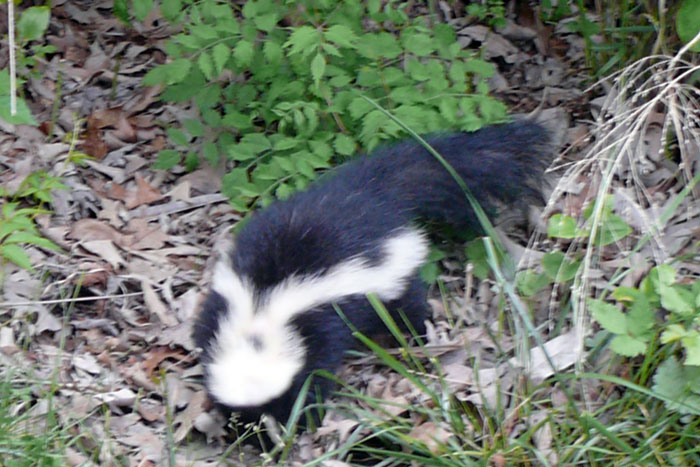 Bill’s first shot is a little blurry.  I can certainly understand why. 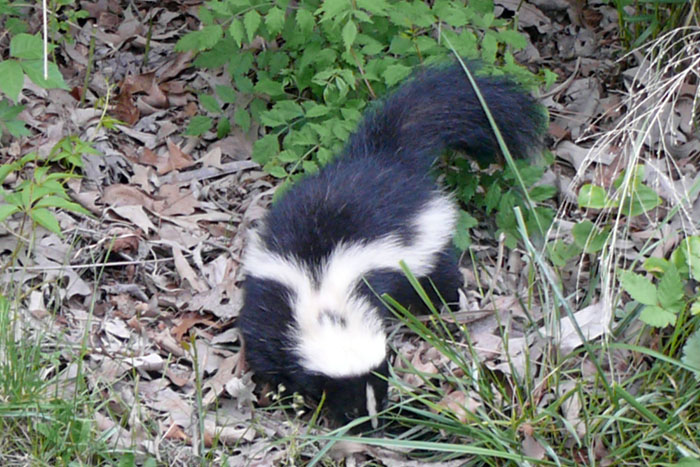 The little guy still does not see Bill standing right in front of him. 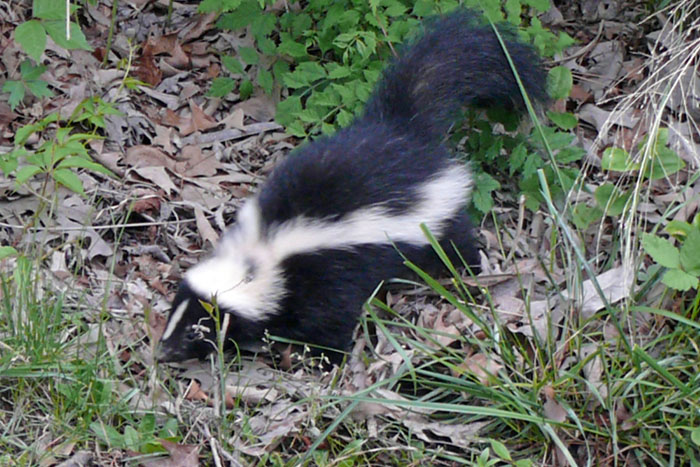 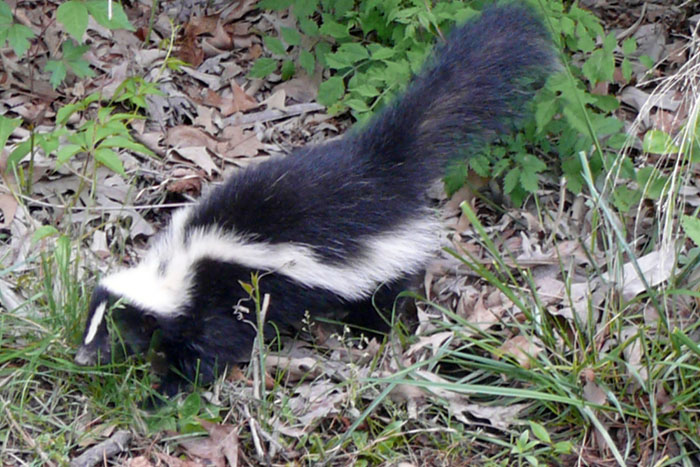 Can you believe he still doesn’t see Bill?! 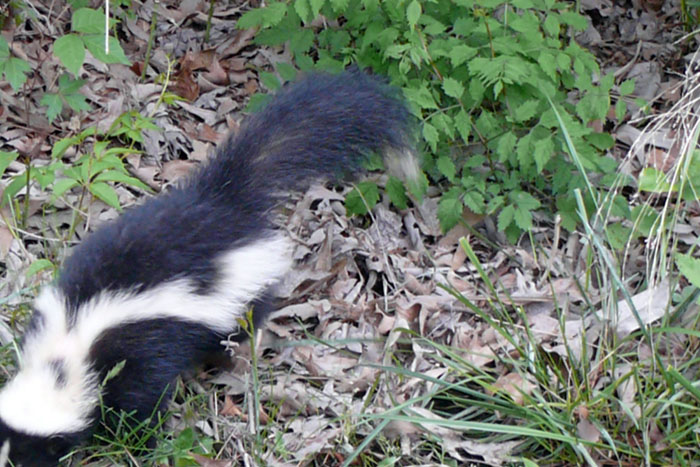 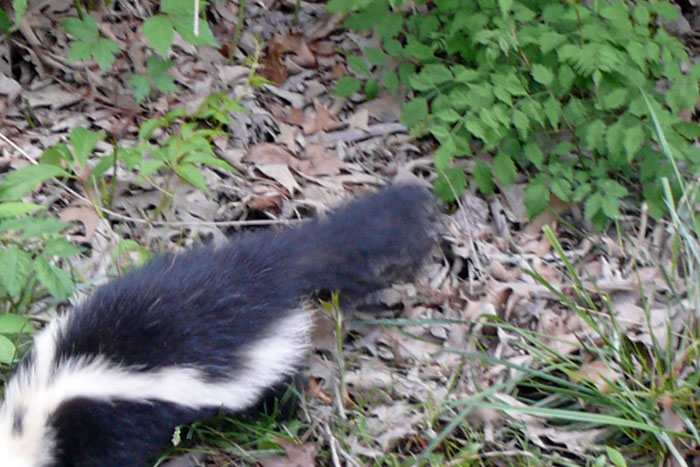 His nose is right on Bill’s foot. 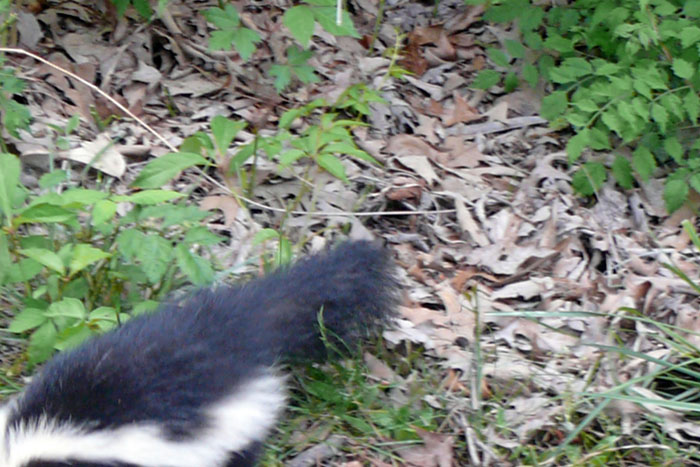 NOW the skunk see Bill’s foot!  (At this point, Bill thought it would be in his best interest to stop taking pictures.) 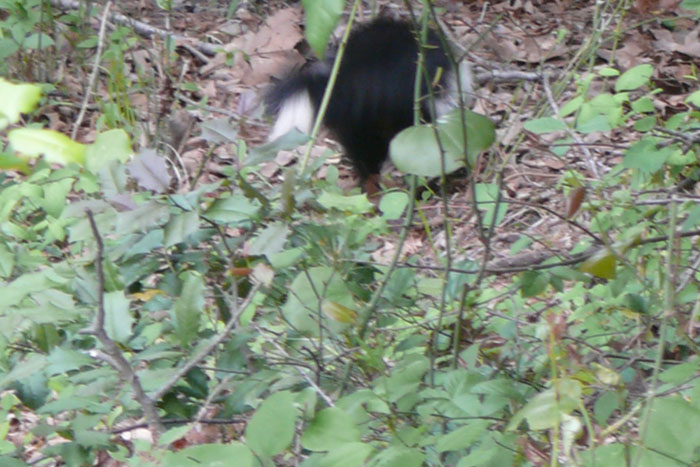 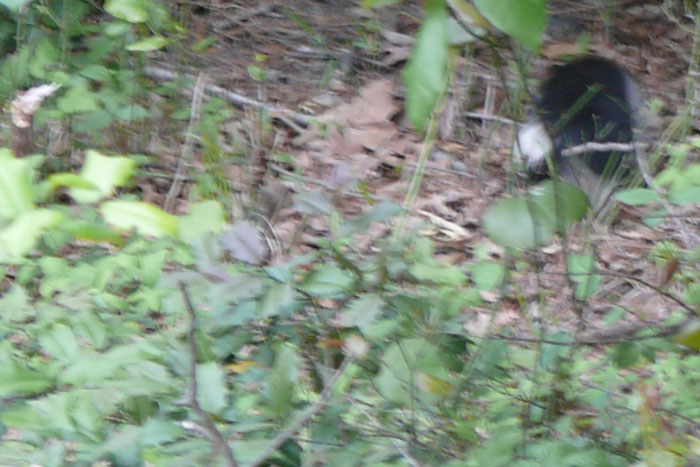 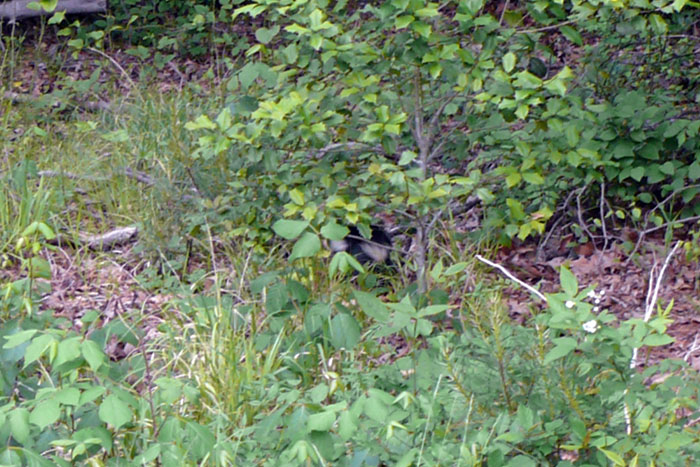 The End.  And we’re glad it was a happy one.

This site uses Akismet to reduce spam. Learn how your comment data is processed.